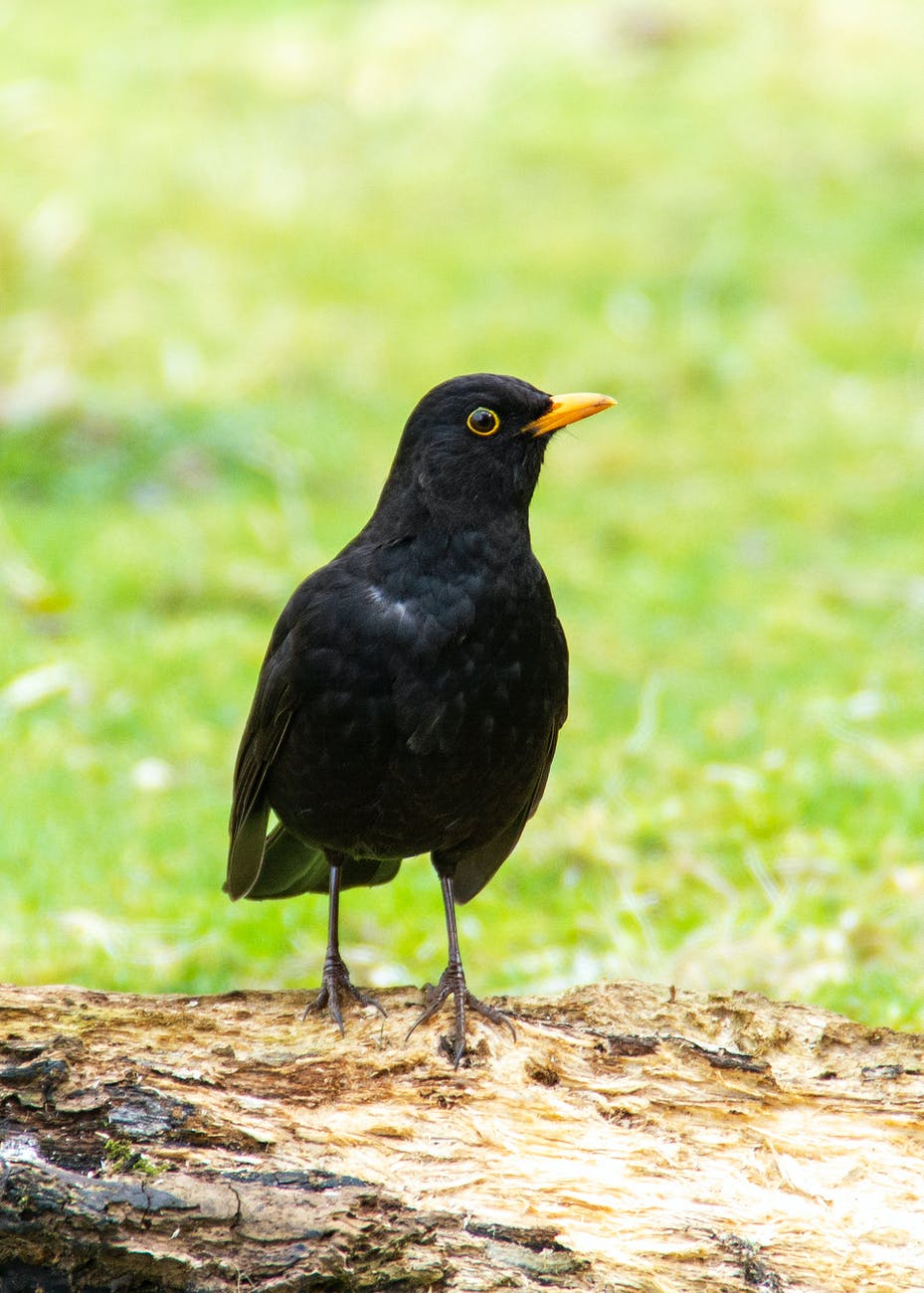 I’ve found myself noticing quite a lot of things that could be filed under the heading of ‘Nature’ of late. I imagine it’s the fact that Spring has most definitely sprung, which in turn has meant that I’ve spent more time outside in our garden as well as more time simply gazing out of windows, getting distracted. And as a result, I’ve noticed a few regular visitors are back to welcome in the warm weather and plunder the supply of nuts and fat balls kept in our feeders!

I wrote the following poem about one of the visitors that I love to sit and watch, because I realised that their visits were increasing in frequency and with that, it got me thinking about the times I will simply stop what I’m doing and spend a few minutes trying to figure out what they’re up to.

We seem to have a number of blackbirds that visit the garden at this time of year. I don’t know if it’s literally just a couple of males and females – they all look the same! – or several families, but you can’t help but notice them. They’re quite bold too, despite appearing fairly skittish as you watch them. The ones I see will venture fairly close if I’m actually in the garden and on to our patio if I happen to be at the window, yet it doesn’t take a lot to spook them either.

Watching them, I found myself quite entertained, so that’s where the references to dance and theatrics come in with the poem. They just move differently; not quite graceful, but not particularly clumsy either. Yet, it all looks very well rehearsed and if I’m stood washing the dishes I can find myself getting distracted just watching their antics. I’ve realised too that I more or less always say ‘Hello’ to blackbirds and so it felt fitting when I began scribbling down a few notes, that I should write a poem about them.

As usual, feel free to leave a comment or two and thanks for spending some time reading in my little area of the internet!