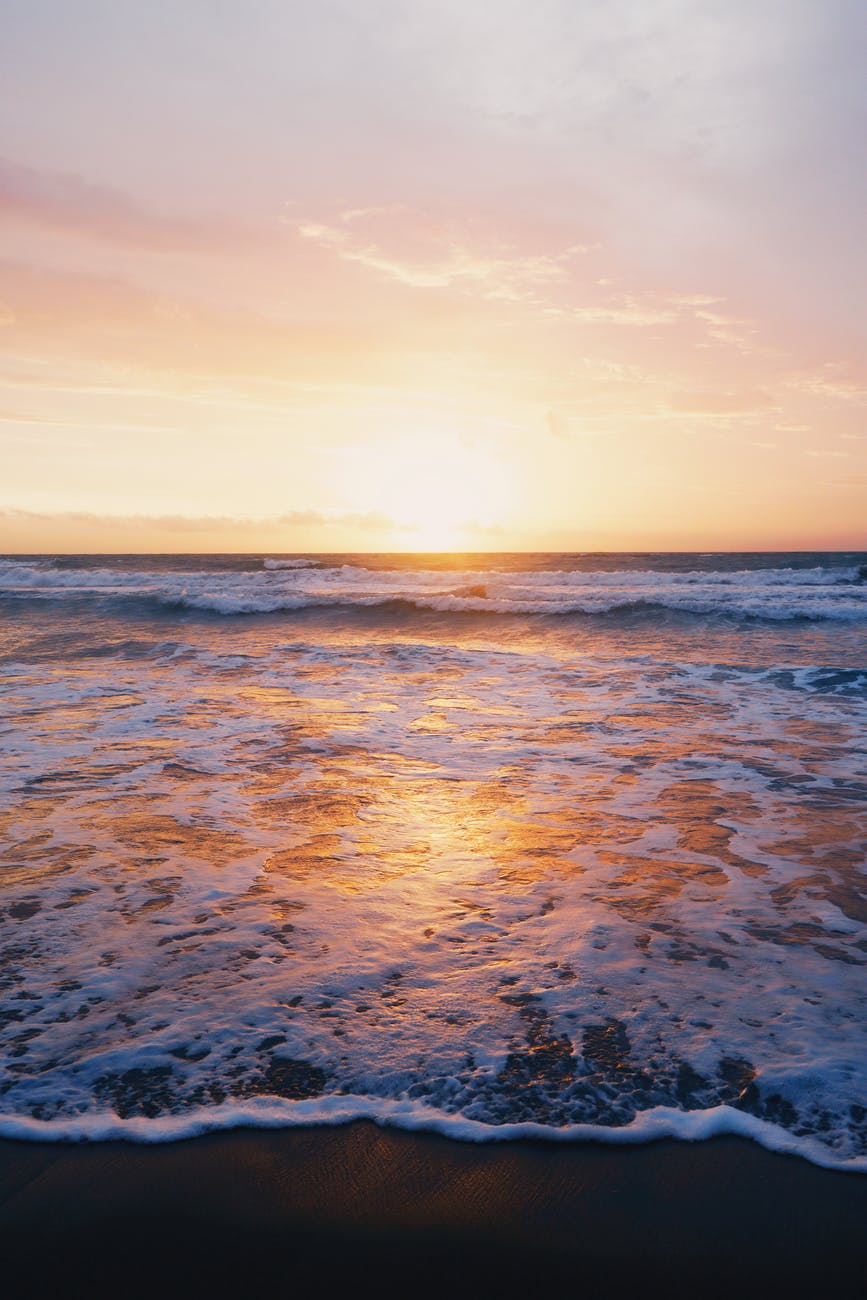 It’s been a strange old year. The academic one, that is. I’ve found it a bit of a struggle, but always try to keep stuff to myself – he says, writing a blog that thousands hundreds fourteen or fifteen people will read – and so I don’t think many people would realise. Apart from a few people that I’d class as relatively close to me, who either notice that I’m not myself or that I might just confide in.

It’s cliched, pompous and pretty poor form for me to say that I’ve been to Hell and back, mainly because I haven’t. But I think it’s fair to say that I’ve boarded the bus to there a few times in these last twelve months or so. I just got off a few stops early.

I won’t divulge much by way of detail, but a lot of my problems have been either work related or age related and despite the presence of more than enough good people in my life, I’ve felt very alone at times. If you know me, please don’t mistake this as a cry for help; it’s not. Imagine the mess I’d make of one of those! But, I have felt alone. It’s no one’s fault. Worse things probably do happen at sea, as they say. I mean, imagine who you could get stuck next to on a deckchair on your dream cruise for instance. That’s if cruises even do deckchairs. I’m aware that everyone has their problems though.

Given the age nature of some of my problems, you could be excused for mistaking this for a mid-life crisis. It isn’t. But if it was, I think only I could get it so badly wrong. No Porsche, no ponytail, no piercing or ill judged tattoo and no cringeworthy flirting with younger women as I struggle to cling on to my youth and masculinity. No, if it has been a mid-life crisis, I did it by writing a blog and some poems. Trust me to err on the side of a cautious crisis.

With all of this in mind, my summer break can’t come soon enough. Six weeks of not going to work but getting up in the morning with each day stretching out in front of you and a lot more possibilities than usual. Bliss. I’m even looking forward to the mundanity of jobs around the house and garden. Anything that takes my mind away from the type of things that I find are bugging me on a daily basis at the moment.

So what do I plan to do with my time? I always imagine that the summer holidays is some kind of blank slate upon which I will write a novel, do some sketching, do more running and fitness, watch some football, do some decorating, but in fact life gets in the way. The mundane still needs to be done, so there’s food shopping twice a week, days out to places I don’t really want to head to, but have to in my role as dad and husband, shopping trips for uniform and school shoes and endless talking and planning about jobs that we need to get done, but run out of time to do. So it’s a balancing act between idealism and everyday life.

A friend used to say that, as teachers, our summer holidays were worth £10,000 a year and I have to say that I’ve always agreed. I can live without the extra money, but don’t even think about taking my holidays away.

I imagine that at this time of year every teacher is simply hanging on in there for the end of term. I’m exhausted and I need to know that there’s a block of time when I don’t need to be up and out of the door before 7.30am five days a week, I don’t need to be dealing with the demands of 30 pupils and everything else that comes with working in a modern academy trust.

Most of all I need the time and space to be able to think. I’ve been a teacher for over 20 years now and have found things a little stale this year. At the very least, summer gives me time away form it all, enough to be able to re-charge my batteries, so to speak and to work on regaining some of my old enthusiasm.

I have some serious questions to ask. I need to think about retirement plans because ideally it’s not that far off and I want to be well and truly prepared so that I can spend it doing stuff that makes me, my wife and my family happy.

I also need to give thought to my present role. While I don’t feel tremendously unhappy, I also don’t feel tremendously fulfilled and it’s clear that something needs to change. Whether that’s where I work or just how I go about doing my job, I don’t know, but it needs some serious thinking time. I still have ambitions as a teacher and I think I’ve let things drift a little off course. I love my job, the school that I work at and the people that I work with, but something still doesn’t quite feel right and at least this summer gives me time to figure things out. Summer might just give me time to relax and be able to start all over again in September refreshed and raring to go.

I started writing a novel during lockdown. I know, I know…half of the population started writing novels and screenplays over lockdown. But I genuinely felt that what I was writing was good. It was a fully formed idea, rather than just something half baked that I believed I could make into something as I went, but it got shelved somewhat once I returned to work. It is without doubt something that I’ll be revisiting over summer, with the intention of getting at least a first draft finished. I figure all I’ll need is a typical British summer with just enough rain to keep me indoors for long periods of time and I’ll have the timeframe needed! It’s definitely something that I feel positive about though, and definitely one of the most exciting aspects of my summer.

There are lots of other things that I want to achieve over summer, as well as the kind of things that just need doing and can no longer be avoided when everyone knows you have so much time on your hands!

I’ll be looking to run more and get fitter and I think that will involve as many early mornings as I can manage as I just love the freedom and solitude of being out running at that time of day. I even have a race to take part in in early August and I’m looking forward to testing myself against others again. It’s been such a long time since I ran among lots of people, so it’ll be very strange, but I’m sure hugely exciting too. If nothing else there’s a blog that’ll come out of it! Once I get that out of the way, I’m hoping that there might be the opportunity to compete in at least one more as well. I think I need to get back to fitness workouts too, so if nothing else I’ll be revisiting my old friend Joe Wicks’s YouTube channel and flinging myself into that!

We have a holiday to go to as well. We’ve managed to book a week in North Wales, despite rising costs and demand, post Covid, and it’ll be lovely just to relax on our favourite beach. It’s always a good place to do all of that post work reflection!

I’ve also considered taking in a bit of sport. I don’t think it’ll be football, as I think I fancy something different. Before lockdown I was looking into going to watch our ice hockey team, Leeds Chiefs (now Leeds Knights) but Covid scuttled that plan. I think it’s something I’ll revisit, but the season doesn’t seem to commence until September. I’m considering taking in some games in the upcoming new format of cricket in the UK, The Hundred. We have a team based in Leeds and I reckon that the shorter format might be enough to keep my son’s interest, so I may well have a look.

But it can’t all be exciting over summer. There are a lot of humdrum jobs that need to be caught up on. I have a back garden that resembles a jungle and is in need of major maintenance. My wife seems to have big plans that centre around the movement of some long standing shrubs – and we’re talking plants that are my height and above here – and I would imagine that this will end up being a time consuming job.

Summer always sees decorating rearing it’s ugly head in our house too. My daughter’s bedroom – recently started while she was away on her Duke of Edinburgh expedition – needs to be finished. Our kitchen and dining room still awaits and our bedroom could really do with updating as well. And I see that I’m stretching myself quite a bit here and that there’s quite possible no chance at all that these rooms will all get finished, by the way! But if we can’t be optimistic at this time of year, then when can we be?

I hope to be able to visit my parents for the first time in something like 20 months, but I’m beginning to wonder if it’ll be able to happen. Having spoken to them, they still seem very reticent and fairly paranoid about Covid. Despite us being double jabbed, I think that my mother in particular would rather avoid contact and I have to respect that. There’ll no doubt be conversations to be had, but I’m starting to wonder if the thought of hugging my parents once again will remain just that for a while longer yet. Hopefully I’ll have some nice weather to offer some comfort instead…

So, with a few days still to get through at work, my summer holiday feels like it’s more important than it’s perhaps ever been. Clearly, I’m going to benefit from the time, but hopefully I’ll find lots to do and be able to enjoy lots of it with my family and friends. I’ve no doubt there’ll be a few unexpected surprises; there usually are, but in all, I’m just hoping to feel a lot more settled about everything by the time September rolls around again. I feel that I need to be coming back to work feeling an enthusiasm that not only gets me through the first week, but keeps me going for long enough that I’m not starting to feel restless again.

Whatever form it takes and whatever you’ve got planned, enjoy your Summer everyone!