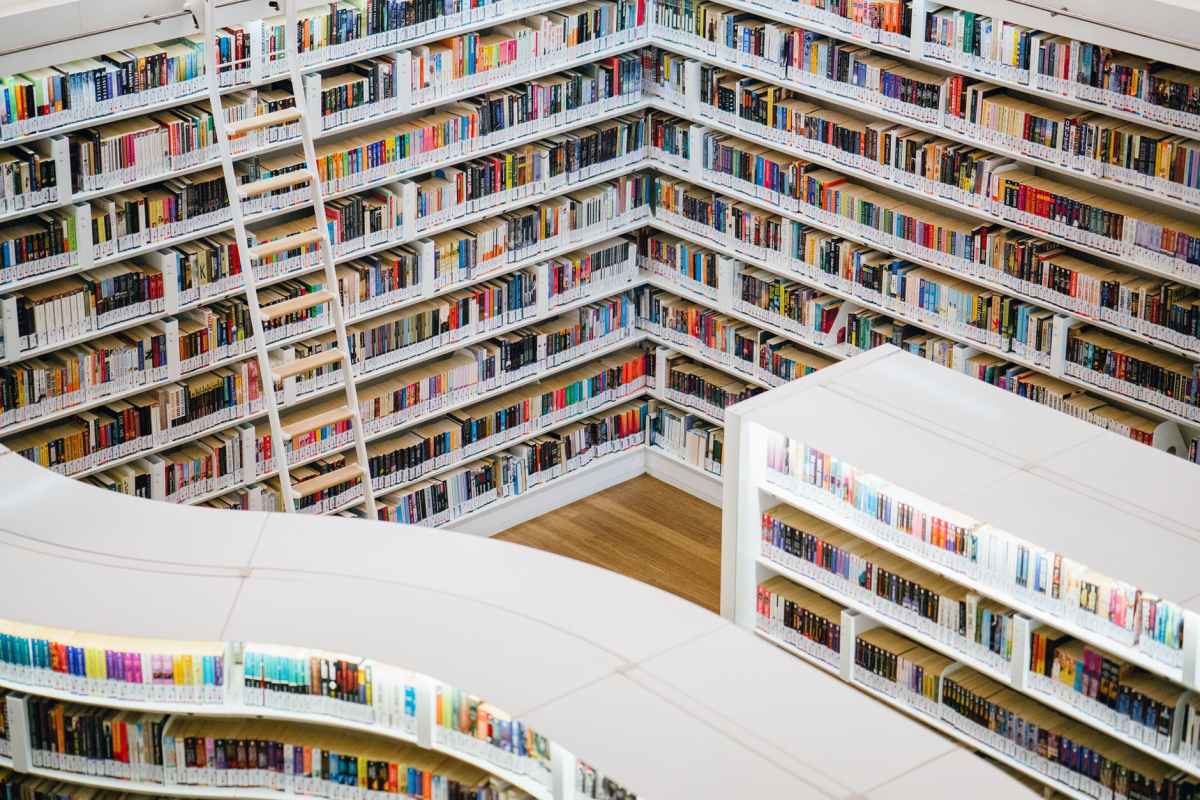 This is a poem that came into being while I was sitting with my Year 7 group during a library visit. We have a thriving library in the school that I work at and at Key Stage 3, English classes are booked in for regular visits in order to renew loans, browse or take out new books. It was on one such visit that I scribbled down the bones of a poem, putting it together as the finished thing later that day.

What prompted me to write was how amazingly fussy the students were. On top of this it felt like they hadn’t listened to anything they were told in what was obviously a carefully planned presentation. Their behaviour made me smile in part, but also brought out my sarcastic side, which to be fair is never far from the surface anyway.

It’s funny how these library visits regularly pan out in exactly the same way. Our students are more than happy to revert to stereotypes when they’re left to their own devices at these times. So rather than scrutinising the shelves we’ll see groups of boys congregating by the windows in order to either gaze out of them or just stand there whispering.

The stereotypes continue as there are always boys loitering around the non fiction section grabbing books about cars so that they can sit back down and point at the glamour on the pages in front of them with their friends.

Similarly girls will wander around in groups, choosing books before sitting down and dutifully reading them. Because they’re good at doing what they’re asked to do.

It wasn’t a stressful library visit. In fact, if I could have predicted how it would go I’d have been pretty much 100% accurate. But it never fails to amaze me how classes don’t listen when they’re told where to sit, how boys seem almost allergic to sitting next to a girl or how even though someone is addressing them, some kids will fidget with something in their bag or pencil case. And so, I wrote the poem…

I hope you enjoyed what you read. If you work in education you might know exactly what I’m talking about or if you just remember such visits from school, it might have brought back some memories. I’d love to hear what you thought though, so feel free to drop me a line in the comments.