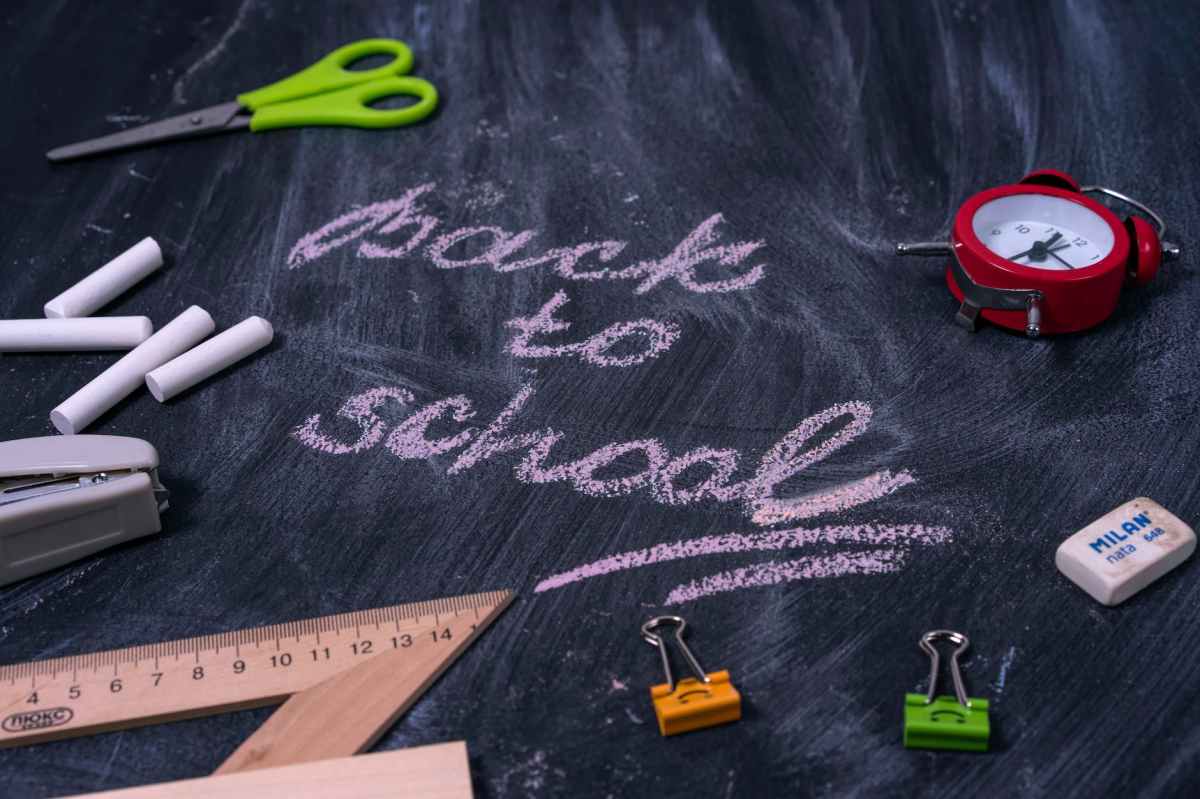 I’ve been a teacher now for 22 years. It’s a job I love – despite the fact that I fell into it, rather than approaching it as some kind of vocation – yet a job that causes all manner of stress. And one of the biggest causes of stress is the first week back after summer.

If you’re a non teacher, I see the irony in that last statement. You don’t get 6 weeks off in summer and therefore probably think it’s decidedly ungrateful to feel stressed about going back to work after such a long break. Truthfully, I don’t really care what others think. It’s how an awful lot of us feel and probably not something that can be understood too well if you’re not in the job.

Some teachers are seemingly full of enthusiasm for the first week in September. I’m still not convinced by this enthusiasm though. To me, it seems simple; you’ve been on full pay for six weeks during summer and within reason you can get up to whatever takes your fancy. A wonderful way to live one’s life and the closest some of us are ever going to get to some kind of carefree celebrity lifestyle (albeit it as decidedly Z list celebrities). But then someone orders you back to work and all of the early starts, late finishes, politics, behavioural issues , meetings…children and everything else that comes with being a teacher. What a pain in the arse!

I thought I’d write a post reflecting back on some of my experiences in the first week back this year. I feel sure that any teachers who read, or indeed anyone who works in education will recognise at least some of what will follow.

The first day back used to be a time for easing yourself back in and just generally getting things sorted out. Then someone had the brainwave; the brainwave that became known as an Inset day! In my experience this started out as having to endure a couple of hours of various members of SLT talking at you about results, routines and – shudder – mission statements. There’d be some graphs that you didn’t really understand, but smiled through anyway because you knew you’d be released back to your classroom soon enough.

Gradually, this developed into things like lectures and group activities, often prompted by the dreaded phrase, “You’re going to work together” while you gawp at the people from different departrments that, if you’re me, you don’t know the names of. One of the worst of these was on some Head of Department training over a decade ago when we had to develop strategies for what was called a marketplace activity where students work in groups and then ‘teach’ other students via the presentation on their ‘stall’. I can still hear a woman bellowing “Roll up, roll up!” at the top of her voice in an affected cockernee accent as she got deep into character and it still makes me want to crawl under the nearest rock.

This year, our first day back was spent in two locations. Make of that what you will. We started off at the lead school in our trust for what felt like 36 hours before returning back to the more familiar surroundings of our own school later on for more briefings and I think 8 whole minutes of our own time to prepare for the next day when the kids came back. At several points during the briefings I snapped back to reality faced with the fact that I’d probably just been staring blankly at the person speaking for what could have been 7 or 8 minutes. I was finally able to leave work at just after 5pm, almost organised for the next day, only vaguely aware of my own name and already knackered.

Staggered returns have become a new way of thinking since I started in the job. So now, instead of Year 7 being plunged into big school, with all of the other enormous, scary students they’re given a bit of grace and allowed to come in before everyone else. Depending on the school, this might be for a few hours or a full day. We gave them half an hour (!) but then kept them in forms for most of the day to preserve their innocence for a little while longer. This was a particular delight for this grizzled old English teacher who has never been a fan of year 7s. By the time the whole school went to a token lesson for the last period I was delighted to see my Year 9s, having worn out my fake smile and Disney teacher voice and grown tired of repeating several variations of the phrase “If you’ve got any problems come and see me” with my fingers crossed behind my back. At least the later start allowed me a couple of precious hours of planning time, even if I couldn’t remember how to get my board on, leading to a call to IT support who then came down and, much to my shame, made it work by plugging it in.

Wednesday brought our first full day. By this point, the 6am alarm was taking its toll and my body had gone into a state of shock. My brain wasn’t coping well with the fact that both of own kids didn’t start school until Thursday, either.

My second lesson of the day was with our alternative curriculum lads in our internal PRU. I’ve never taught them before in this setting, but had taught several of them in mainstream school, so in a way I knew what to expect. They didn’t disappoint! Thus, after much calling out, the odd piece of bad language and every last one of them moaning about doing any work, they waited until I walked to the other side of the room and ignored them a bit before just doing the work. Wasn’t it Robin Williams who in his role as an inspirational teacher in ‘Dead Poets’ Society’ said, while standing atop a desk, “kids, even in a non mainstream setting, are funny little buggers”? Well, he was spot on.

Thursday and Friday passed in a blur with Friday being all the more memorable for having to fend off the ‘we’re getting two weeks off school because the Queen died’ rumours all day. I told them that they were very wrong; it was three.

Friday also brought me into contact with a brilliant new Year 8 groups. They’re a very low ability group of only 8 students, with low literacy levels and a cavalcade of complex stories between them. Fifteen minutes in, I quickly emailed the friend that I’m sharing the class with to tell her that I wanted to adopt them all. I wanted to take them all home and cook them a nice, hearty meal before letting them watch telly for as long as they wanted. Every so often you get a group like this, who regardless of ability, you just adore. I am going to absolutely love teaching these kids!

And that was that. First week done, eyes barely open having zombie-walked through 5 whole days and done the commute on auto pilot, 4 trips to the supermarket because fatigue and stupidity made me miss something every time I went, sore feet and a Friday where I wore a black tie to somehow pay my respects for a lady who I never knew, but whose death shook the word. And while I remain convinced that I wasn’t born to work for a living, I’ve found out once again that it’s strange the way that you can slip back into the same routine as if you’d never been away.

8 thoughts on “Teaching: That first week back.”