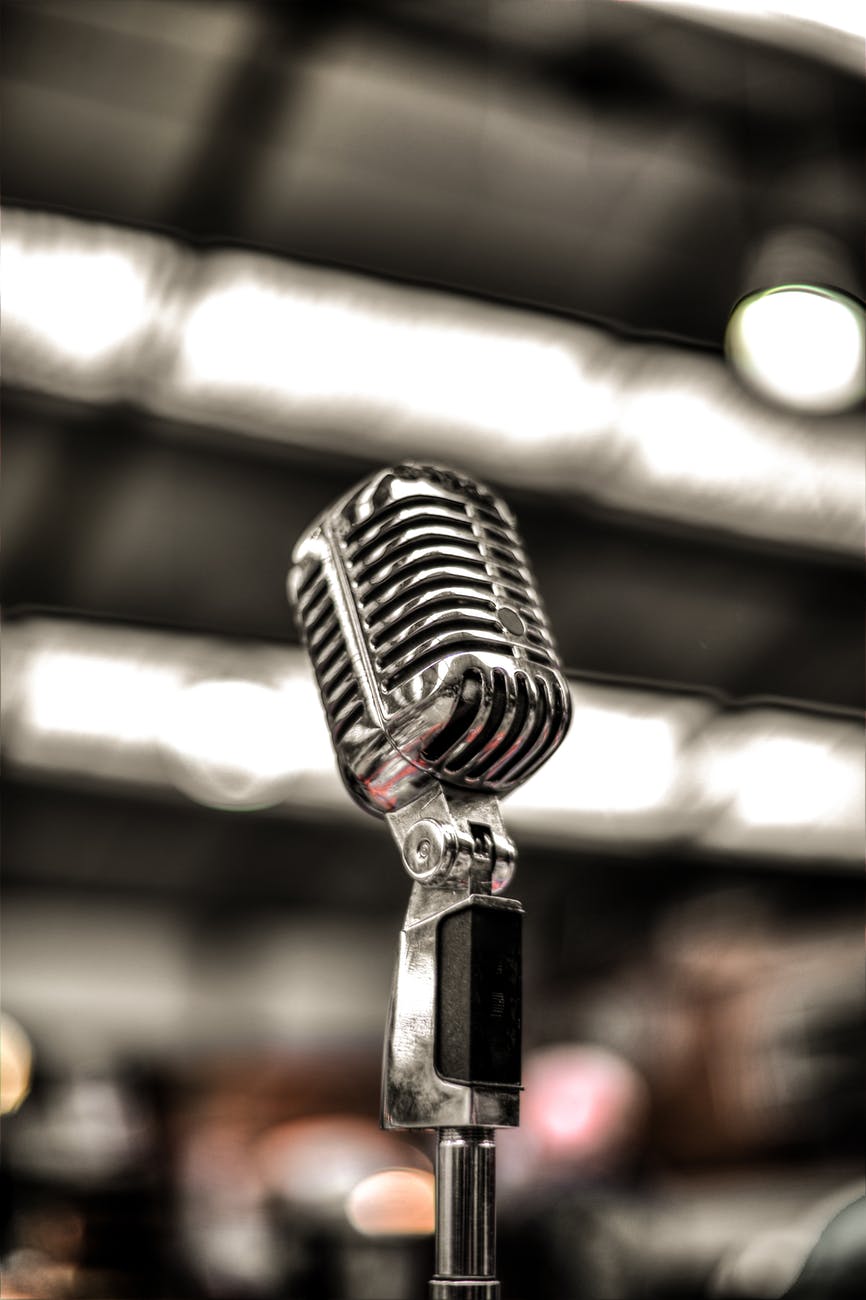 I listen to a lot of music. Always have done. When I was a kid it was vinyl and sometimes cassettes. I even managed to take in eight track cassettes via my parents’ collection. MTV then brought an abundance of these new things called music videos and around this time I started going to gigs too. Then came the compact disc – let’s skip past mini discs – and finally the time when you could magic music out of thin air with downloads and then streaming – or witchcraft as I still call it!

It’s safe to say that I fell in love with music at an early age. I was fortunate enough to have a record shop in my town – Music Box – and could regularly be found in there going through the racks of vinyl albums and singles looking for treasure. Another favourite haunt was the library where there was a music section that I was always borrowing from in order to copy the music on to cassettes. It was by borrowing records from the library that I discovered artists that it probably would have taken me far longer to discover otherwise. I think we must have had a librarian with their finger on the music pulse!

As I’ve got older this love has remained and although my tastes have developed, I’ve stayed loyal to many of the old favourites too. And with over 40 years of active listening and gig going behind me it’s only right that I have some questions. Lots of questions. So many in fact that I intend to make this a bit of a series of blogs.  So I’m going to ask them three at a time. They’re all serious of course…

So here we go.

1. Was James Brown as deaf as a post? Now before we start, although this question mocks Mr. Brown, I mean no disrespect. For me James Brown’s music is and always has been incredible. However, I’m sure he must have been hard of hearing and although I adore it, listening to his music often makes me think of conversations with my dad.

My evidence here best lies within Brown’s most famous track – ‘Get Up (I Feel Like Being A) Sex Machine. The amount of repeated questions that Mr. Brown (he’s always Mr. Brown) asks on this track is quite incredible. As the track approaches the bridge, he starts. “Bobby, shall I take it to the bridge?” Bobby (and a few others) replies straight away with an enthusiastic “Yeah!”, proving that Bobby and pals do not have the hearing problem and also that they absolutely love a bridge. Mr. Brown, however, asks again – maybe this is just to confirm though. But no, he actually goes on to ask about the bridge four times in total. Four times! By the time he’s asked it a fourth time and they’re actually heading towards the bridge I imagine Bobby and friends are more than a little irked. Possibly, what you can’t hear as the track surges to the bridge finally, is Bobby himself saying to a backing singer, “Can you remind me to change the batteries in Mr. Brown’s hearing aid when we’re done?”

But it doesn’t stop there. Later on in the song, Brown asks, “You wanna hear it like you did on the top?” and when the fellas reply “Yeah!” again, he clearly misses it and just asks again. No doubt Bobby is, by this point, is praying that Mr. Brown doesn’t start hankering after the bridge again.

And then, as the song draws to a close, Mr. Brown simply cannot hear anything anymore and proceeds to ask if the fellas want to “Hit it one more time like we did at the top?” three times before finally shouting, “Can we hit it and quit?” four more times. Every time, his gang are screaming “Yeah!” and every time he just doesn’t seem to hear them. A bit like when you ask my dad anything if he’s watching one of his programmes. So while musically he has nothing to prove, I think you’ll agree I’m onto something and James Brown may well have been a little bit deaf.

2. Is it actually possible to sing along to a David Bowie song using anything other than a bad David Bowie impression? The answer, for me , is a categorical no. Try it. Ask Alexa to play Space Oddity, Life on Mars, China Girl or any other of Bowie’s brilliant collection of music. If, like me, you can’t remember lyrics, get them on your phone and away you go.

Now, as a Geordie (someone from Newcastle, a city in the far North of England, if you don’t know) I have quite a strong accent. So changing that can require quite a lot of thought and vocal dynamics. However, as someone who reads aloud quite often for a living, I can manage. But it is never easier than when listening to Bowie and I literally cannot manage to sing along in anything other than a bad Bowie voice.

And along the same lines as this I give you Mr. Mick Jagger. You know I’m right. I defy anyone to sing along to a Stones song without their Jagger voice. And their moves like Jagger. Put me in the kitchen with ‘Jumpin’ Jack Flash’ and hear me ‘Jagger’ while I mince around doing air claps and pouting. Why? Because it is not possible to do anything other than this.

Oh, and just to blow your minds re this question, I give you ‘Dancing In The Streets’ by David Bowie and Mick Jagger. I dare you to try it…

3. Does every middle-aged man believe he can do a credible moonwalk? Surely it can’t just be me again? No, I think there must be loads of us. Perhaps we should form a club?

This question came to me again while listening to James Brown. I was cooking tea for my kids and as such, couldn’t leave the kitchen. You see, I’m quite the simple fellow and if I leave the kitchen I will undoubtedly find myself getting side-tracked and probably by something ridiculous. Before I know it, tea will be burning and so I’ve learnt to become a little more disciplined in my approach. My kids aren’t food critics, just whingers!

However, while listening to James Brown it was inevitable that I would start to dance. And dance I did. But when you’re out of moves, you’re out of moves. So what better to try than the moonwalk? I mean, it can’t be that difficult for a man with my skills, right? After all, my dance trademark is The Running Man and not everyone can pull that one off. And so, moonwalk it was.

I have to admit, that long after the music had finished, I was attempting to moonwalk. Practising like a good ‘un! I think, in a typical middle-aged man kind of way, that I’ve managed to perfect a reasonably convincing moonwalk too! But that’s the point though, isn’t it? Have a I just proved my own question right? Of course I think I can moonwalk! Of course I would watch a video of Michael Jackson doing the same and be convinced that we speak the same dance language. But of course, put under scrutiny, I can’t really moonwalk. Can I?

Most likely – and I’d say this is the case for most of us who presume that we too can actually pull off this move – I can just slide backwards across the floor. The slippery floor. While wearing just my socks. On my feet that is. But, as a middle-aged man and a father, I don’t think I’d be doing my job properly if I actually admitted defeat.

7 thoughts on “I have some questions about music…”